This is a mod for Star Fox Adventures which makes a number of small improvements to the game.

The PDA in Fox's inventory has been expanded into a more useful item. Selecting it will now open a menu.

You can also open this menu at any time by holding L+Z and pressing B. This allows pausing during cutscenes, though it won't pause their audio.

See below for an explanation of the menu's contents.

This patch replaces Fox with Krystal in most scenes. Since this is only a visual/voice change, it can be awkward at times.

From the PDA menu, you can turn on an auto-save function. This will save the game whenever you cross a map loading boundary. This setting is saved to the save file.

This patch also removes the confirmation prompts from the Save button in the pause menu. Just select the Save option and press A, and the game will be saved immediately.

The camera can be panned, tilted, and rolled using the C stick or another controller. Movement can be inverted on each axis. See below for details.

Several minor improvements have been made:

From the PDA menu, you can access several debug functions (most of which are added by the patch). Be warned that playing with these can crash the game or make it impossible to complete.

You can also enable debug text by holding Z as the game starts.

If you find an issue, please turn debug text on and take a screenshot, so that I can pinpoint exactly where and when it happens. 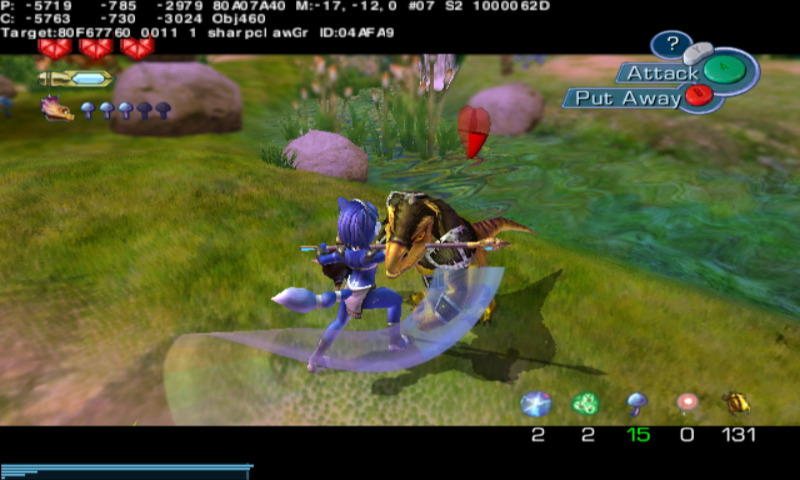 Krystal in combat, with some debug displays. 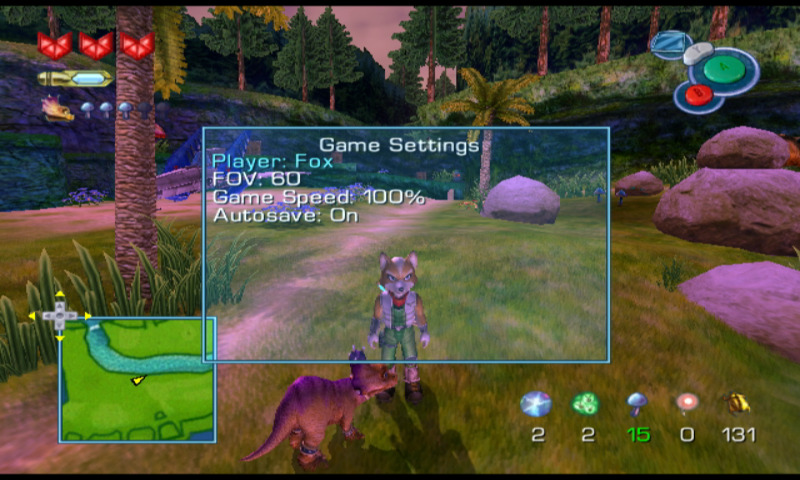 Can swap characters any time. 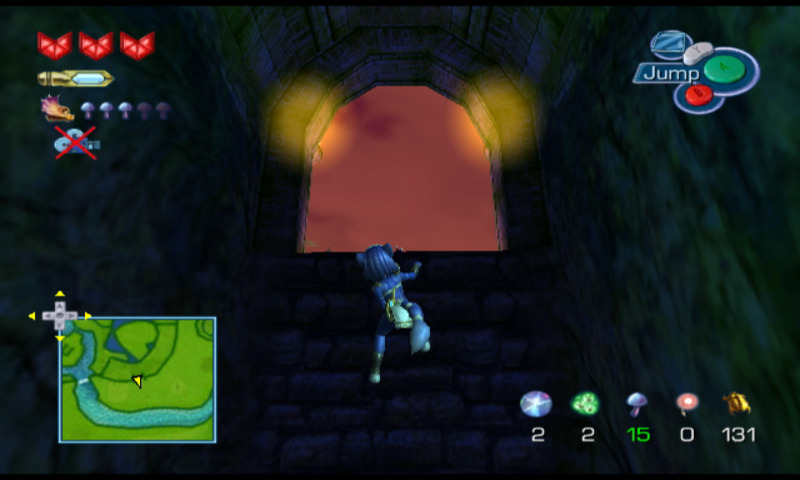 Quickly jump down from walls instead of climbing down. 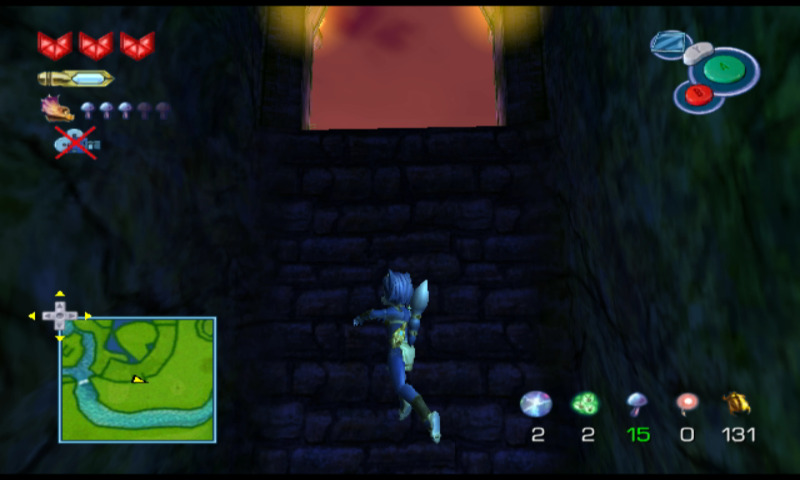 Krystal jumping down from the wall.

Map box is hidden when no map is available. 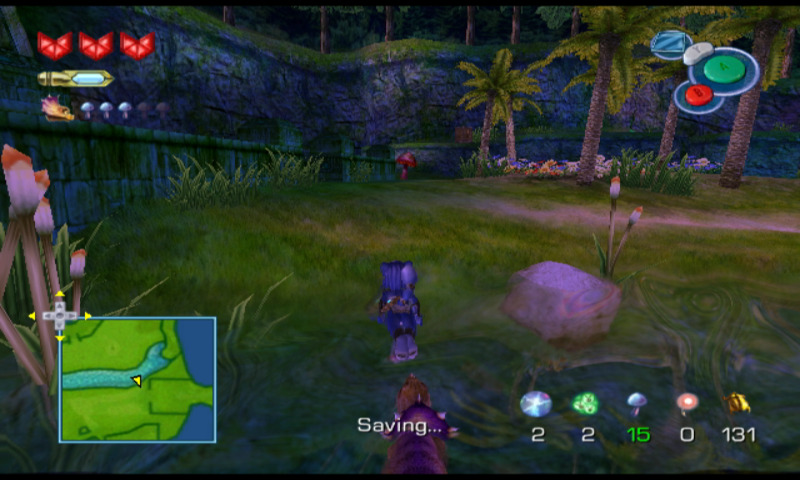 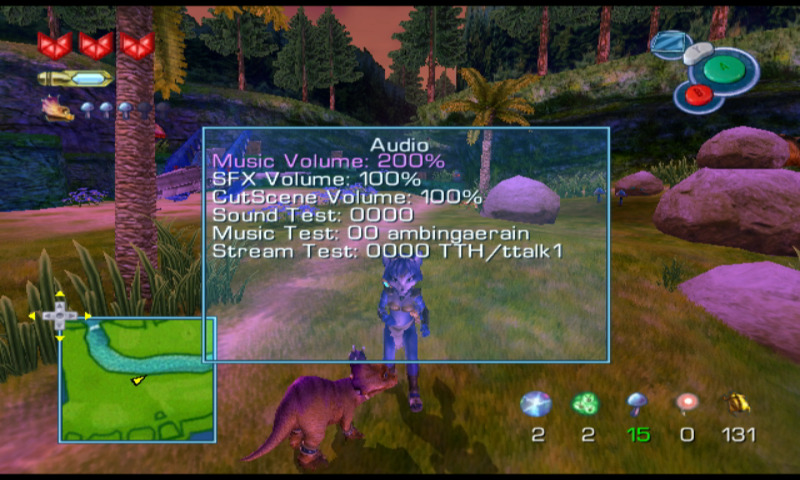 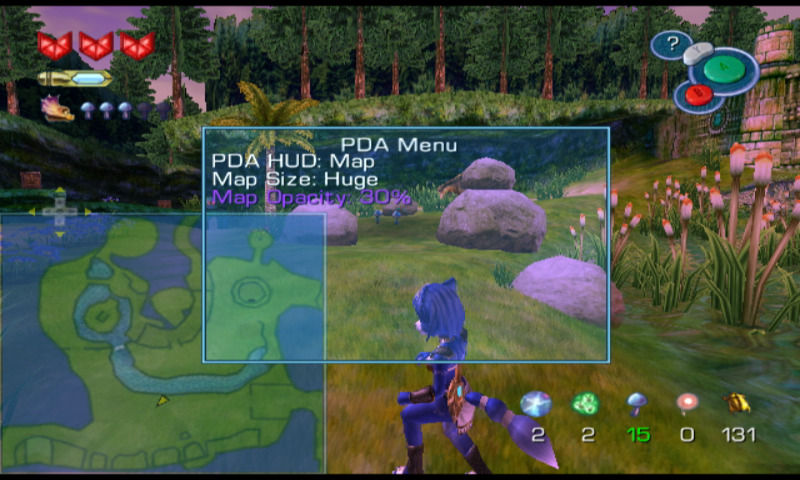 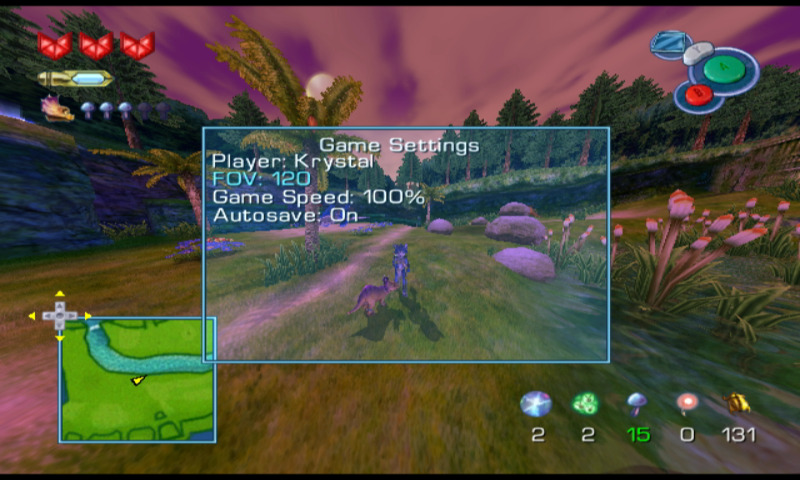 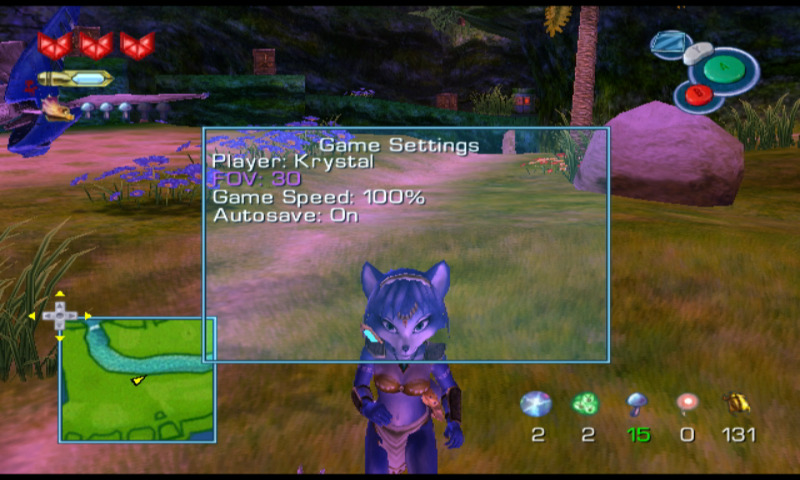 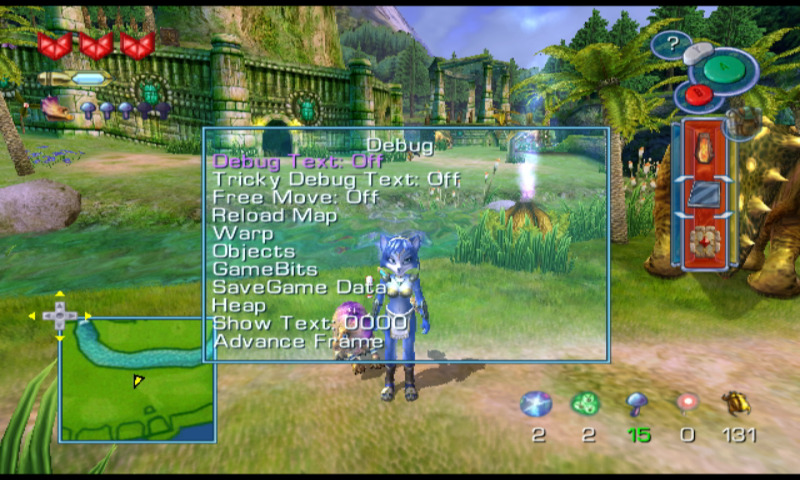 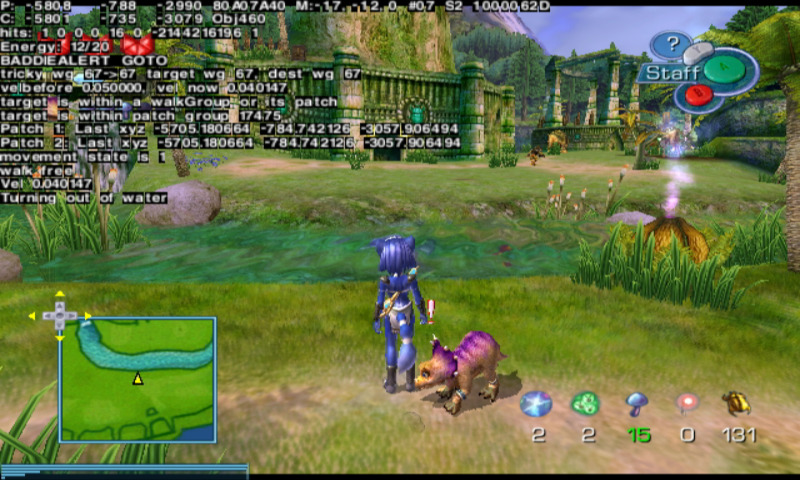 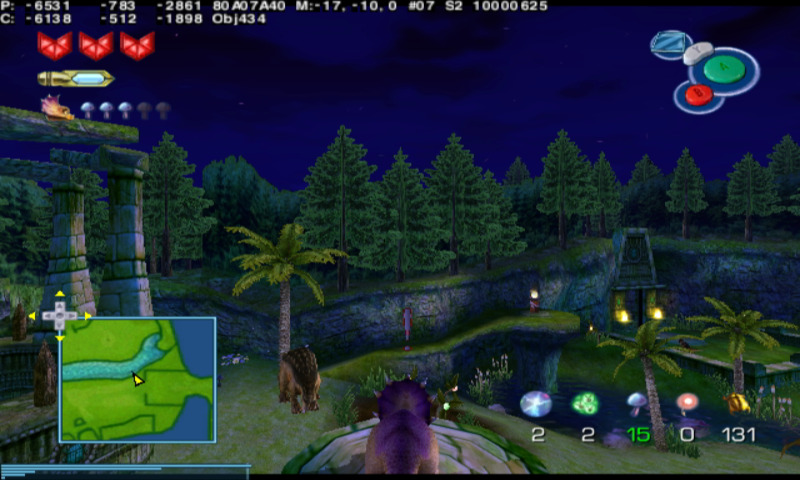 Source code here, as well as various notes and tools I used.

How to Apply the Patch

Bugs that are in the original game

I hope to fix the reflection and audio bugs, but have no plans to fix the waterfall/out-of-bounds bugs, since they don't harm normal gameplay and are fun to mess around with.

The PDA item in the inventory now opens a menu with several pages. Use the C stick to switch pages.

Pressing Z will stop all streams and the currently selected sound effect.

See below for explanations of the Debug page.

In this mode, use the C stick on controller 3 to pan and tilt, and L/R to roll.

In this mode, use the C stick on controller 1 to pan and tilt.

Depending on the situation, the camera moves differently:

The X and Y axes can be inverted (moving the opposite direction of the stick) for a more natural feel. This applies to camera movements, aiming, and first person view.

Several debug functions are available from the PDA menu. These might change considerably between versions. They are explained here.

Special Thanks and Acknowledgements

This project would go much faster if certain people who've worked on this game (and other Rare games - they all share a lot of code) would publish their findings instead of only closed-source tools and videos, instead of me having to redo their work.